Lost in Mexico City? Not any more!

I returned last night from five weeks of travel abroad. Santa gave me a Christmas present on the return flight from Madrid--a whole empty row all to myself!

But I got another great present this year from a fellow traveller I met in Bangkok. He told me about an app that will change the way I travel. It certainly did in Bangkok.


It's called maps.me an off-line navigation system that you can download free on your iPhone. Here's what it looks like on your phone: 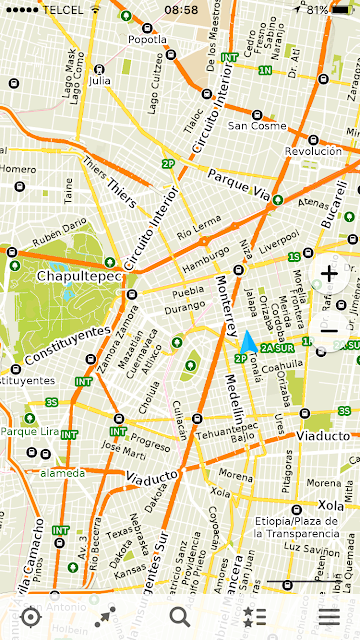 Press the dot on the lower left and a little blue arrow shows you where you are.
The next icon maps out a route in blue between your location and another you choose.
The search icon  has categories like hotels, food, transport, ATM, hospitals, police and even toilet, if you don't have a specific address.
You can mark your own places and share your location by email using the fourth icon.
Use the icon on the far right to download the map of the country you are in. For this you will need internet, but after that it's all off-line, so you don't need to worry about expensive roaming charges.
I was able to maneuver through the most labyrinthine parts of Bangkok using this app and rarely had a problem. It took me through some amazing places I never could have found on my own. That's how I came upon a free performance of Peking opera on a secluded street in Chinatown one night--no other westerners in sight. An additional advantage in Bangkok was that street names came in both Thai and English, making in a valuable tool for taking taxis. 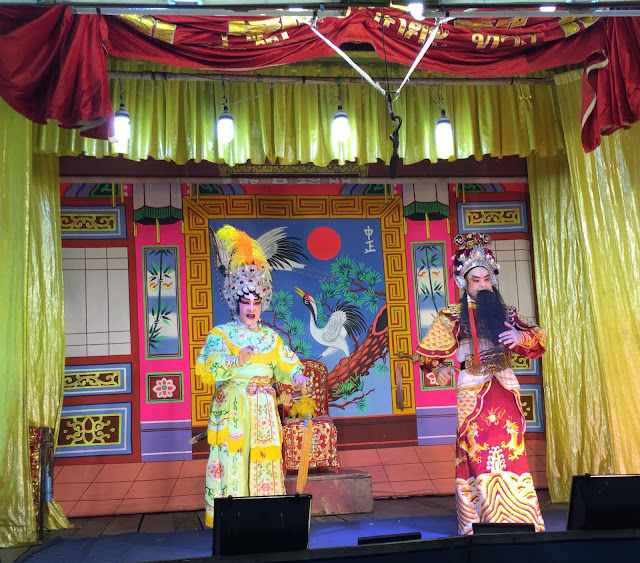 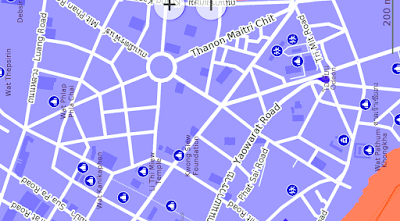 This is the area in Chinatown, Bangkok I was able to get around, fairly easily, at night on dimly lit streets, using the app.


I've downloaded the Mexico map and it seems to work exactly the same as in Bangkok. So if you have a smart phone, you'll never have to unfold a map or worry about getting lost in Mexico City--or anywhere where maps.me works (which seems to be most of the world).