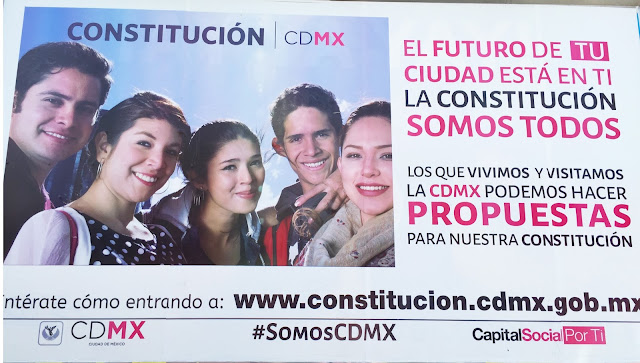 Touring here, I saw another sign today: a mosaic of parts of photographed faces of different colors that together builds a whole face.

I agree with you entirely. When I'm in Mexico City, I am astonished at how many people in advertisements are white whereas the people in the street are not - they are a nice brown colour.

yup you're pointing out what is always the case....too bad really

Notice the TV commentators and actors. European. When will we begin to acknowledge the indigenous strength of Mexico, too, I. All public images.

I totally agree! Todos is not "todos" and "the rest" are on billboards with politicians running for president or majors...