As I mentioned in my last post, I've been working on a new blog as a place to publish any of my writings not related to Mexico City. At this point it's sort of a notebook of past travels, with some (hopefully) helpful tips for anyone interested in these places.
(The "we" in this blog will refer to my partner Nick Gilman unless otherwise stated.)
I welcome your comments and suggestions. 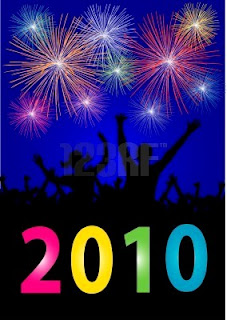 I like to start the year with something that feels like ritual. It involves listening to music that makes me happy (this year it's Mahler's 8th, Aretha Franklin, Elliot Carter, and Yvonne Printemps). Cleaning is important, too--the on-your-hands-and-knees kind of cleaning--as is re-arranging furniture (the desk must be in a new location). And then sitting back, taking stock of the year now gone and planning for the next.

Mexico's year in the news was not a good one. Drug wars, swine flu, diminishing water supplies were favorite topics of interest. As the country plans it's bicentennial in 2010, poverty levels remain high, and more financial pain is expected in the next year, mostly falling on the lower classes--nothing new.

In spite of the bad news, or maybe because of it, Mexico continues to be the land of the big fiesta. To counteract the bad press Mexico City put on the happyface with the world's largest ice rink, the tallest Christmas tree, and a record making assembly of people dancing to Michael Jackson's 'Thriller'. The number of fresh flowers planted in city parks and camellones was almost obscene this year, considering there are people here who don't have running water. Oh, but it did look lovely for a while.

Better news about Mexico City came in the form of new legislation in 2009. The recent gay marriage bill goes beyond  2008's domestic partnership, and laws against hate crimes, decriminalizing the use of small amounts of certain drugs, and a prohibition against plastic bags place the city in the forefront of liberal social and environmental reform. This place never ceases to surprise me.

2010 will surely be a tough year for many in Mexico. Just as surely, it's bound to be a year full of celebration and festivity (the tourist bureau expects 14 million visitors to Mexico City this year).
So I hope to have lots of material to continue my advocacy of this city as a great place to live and to visit.

I'll be launching a new blog for 2010 for my writing that is not about Mexico City--more news on that will follow soon.

Thanks to all my readers who've written over the year. Your support inspires me.With wishes to you all for health and happiness in 2010, I'll sign off with a quote from the intrepid English explorer and writer, Freya Stark, whose words on the topic of death offer a great perspective on life.

At 93, as she was planning a trip to Spain, Stark was asked about death. She replied, "I feel about it as about the first ball, or the first meet of hounds, anxious as to whether one will get it right, and timid and inexperienced -- all the feelings of youth."