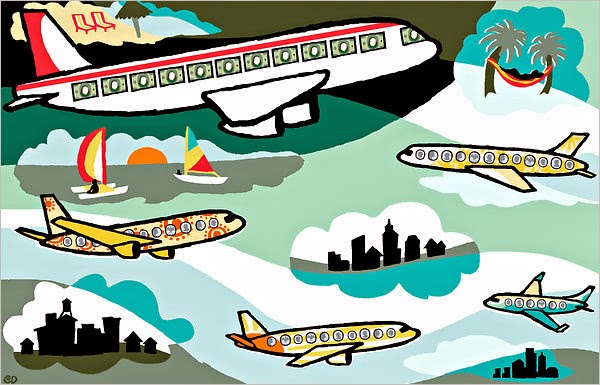 I just returned from Merida a few days ago--a trip I'd planned months ago after receiving an email about
a cheap flight ($1200 pesos round-trip from Mexico City). Up to now, Mexico has not had the budget airlines that criss-cross Europe and Asia, but things are getting better.

Listed below are three airlines where you might find inexpensive flights within Mexico, and some to points within the U.S.  Be sure to check their baggage claim policies, which can add to the cost of a ticket.

Register your email address on the website to receive updates about bargain fares.

I've written up some of my observations and tips about MERIDA on my other blog:
http://liveonarrival.blogspot.mx/2013/11/merida.html 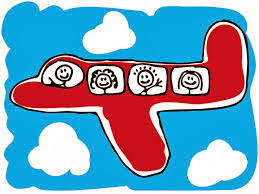 The cost of taking a 'Taxi Autorizado' from the airport into Mexico City keeps going up. I have the following tip in my guidebook, but for those of you you don't have the book, or missed it, here it is again. My neighbor who works for Aeromexico told me all the airport workers use this.

If you arrive in Terminal One, there is a taxi sitio with metered cabs. It is near Sala D between Puertas 5 and 6. Take the escalator up and cross the bridge--it is where the Aerotren stop is located. Go down the stairs at the far end of the bridge--the taxi sitio is across the street. I just returned home from Merida today and my taxi ride was less than half what a ticketed cab ride would have cost.

The taxi driver told me that sitio cabs are not allowed to drive into Terminal Two. However, he claims there is a sitio dispatcher on the street in front of the airport who will call you a cab from Terminal One.
You can also take the Aerotren (monorail) between the two terminals--but you must show a boarding pass to get on.

Caution: In no case should you go out on the street and try to flag down your own cab!

P.S. this was added by one reader:  and for those of us non-residents who stay near Metrobus lines 3 or 4 when in the city, we get to enjoy the nearly utopian Metrobus Aeropuerto Express. 30 pesos and it has changed my day of departure from one of anxiety to one of tranquility. Just make sure the card is charged up.