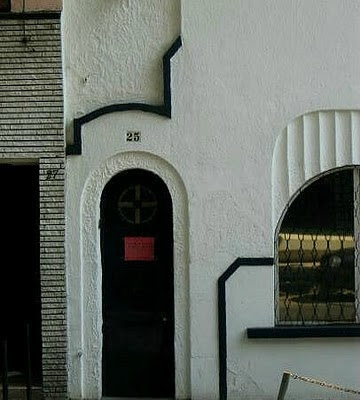 Colonia Condesa, Mexico City’s most charming neighborhood, blends faded glory with gleaming hipness. It has more trees than any part of the city, more pedigree dogs, more jazzy restaurants, shops, galleries, and even a big bookstore. You can take a tango class in the park, then head off to a sáke bar to relax. You can dunk your Krispy Kreme donut in Starbuck’s coffee. And best of all, you can walk everywhere (or hop on your eco-bici). 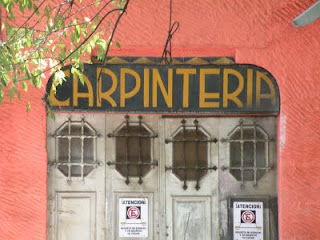 Aside from all the green, a lot of the charm in Condesa comes from its Art Deco architecture. The height of chic in the 1920's when Condesa was flourishing, Art Deco is based partly on Aztec motifs, so its ornamental geometry feels right at home in Mexico City. Condesa is one of the best preserved Art Deco neighborhoods in the world.
You can tour the area on foot, but bring a map (or download my favorite app, MAPS.ME). The street plan here is unusual, incorporating ovals and radiating, non-parallel streets, making the area delightfully/frustratingly confusing. See travel information at the bottom of this post. 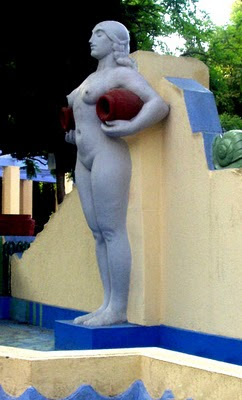 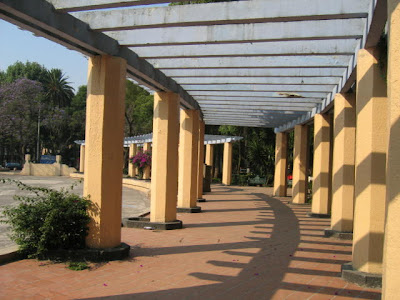 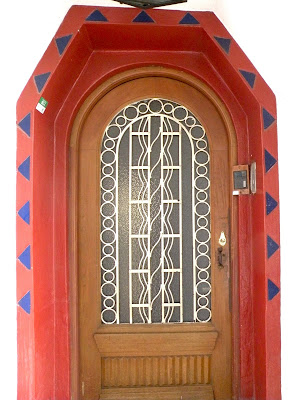 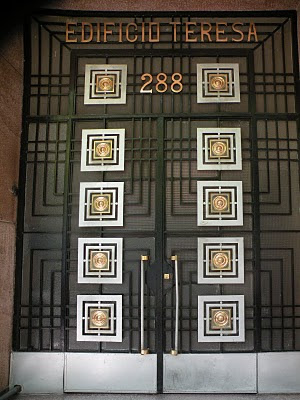 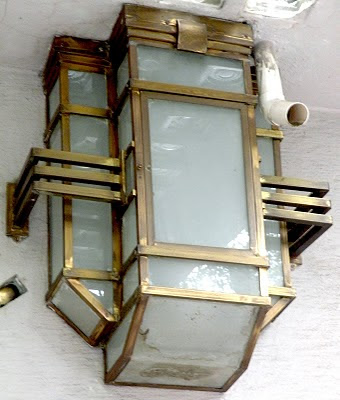 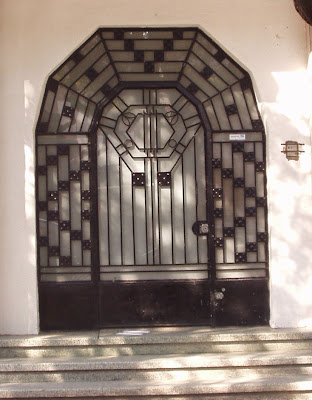 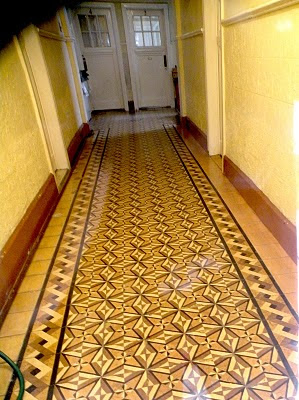 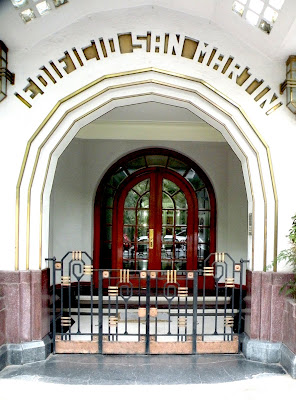 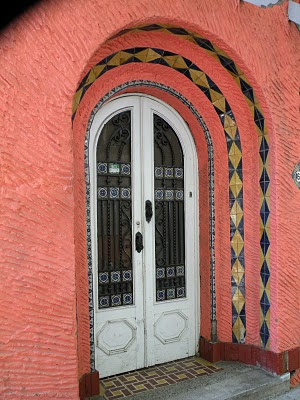 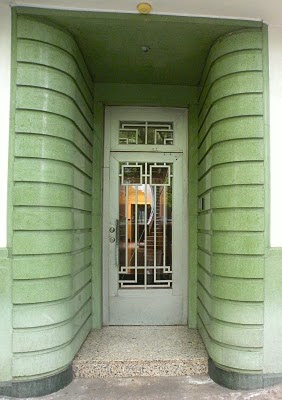 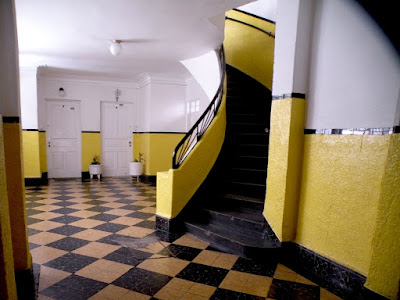 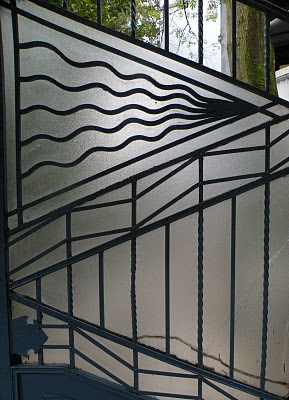 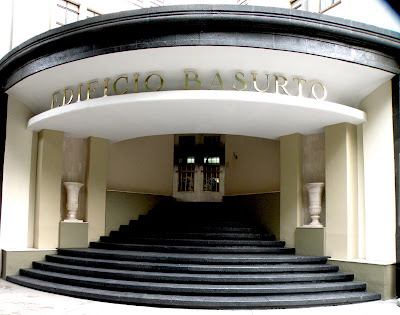 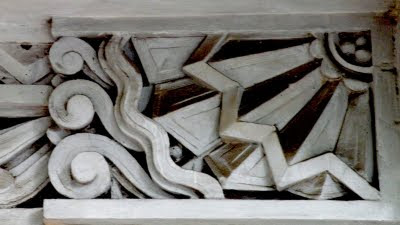 Getting there and away: There is a taxi sitio in Parque Mexico (right in front of the naked lady statue)--a good place to start and end a tour. The nearest metro stop is Chilpancingo, nearest metrobús stop Sonora.
Sunday afternoon is a particularly lively time to visit Parque Mexico.
If you’re in Condesa on a Tuesday, don’t miss the tianguis on Calle Pachuca..

WHERE MONEY WAS MADE IN MEXICO 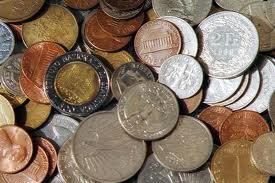 The streets behind the Cathedral are crowded with vendors selling fake designer bags and pirate DVDs, plastic junk from China, and tacos de cabeza; the backdrop to this carnival-like jumble is faded splendor. The colonial architecture here is almost fully intact—if this were a European city it would be the most expensive and desirable part of town. But with its slightly seedy street life tourists often overlook it. 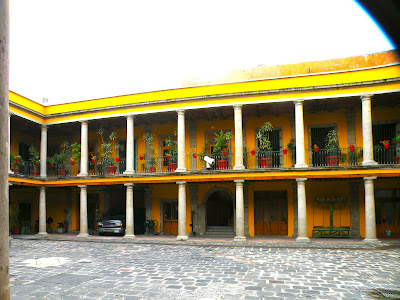 The Casa de Mondea, Mexico’s National coin museum, is in the center of all this urban chaos, and it is easy to overlook—there’s no sign, and you have to make an appointment to visit. But anyone interested in money, and how it was made, will find the place fascinating.

Mexico’s mint was the first in the New World, established by a Royal Decree issued in Spain on May 11, 1535 by Juana de Castilla (also known as Juana la Loca). 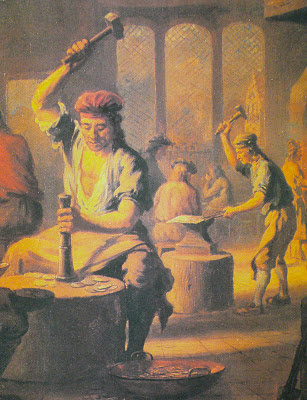 The mint lasted more than two and a half centuries beside the National Palace at number 13 Calle Moneda (now the National Museum of Cultures). In 1848 the mint moved to Apartado 13 behind the Cathedral.

Mexico minted its coins here from 1850 until 1992, when the production moved to a new modern plant in San Luis Potosí. The old building became the National Numismatic Museum. 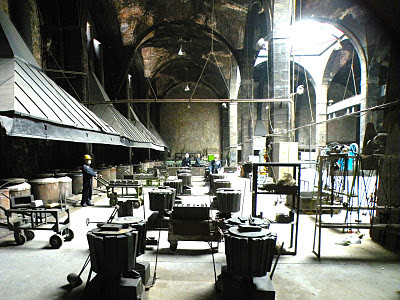 The guided tour takes you through the entire process of minting coins, from how they are designed, how the metal is smelted and forged, to how the coins are stamped, washed and polished. The most impressive room, a vast, soot covered cathedral-like space that looks like Dante’s vision of hell, is where the metal is formed into ingots. In other rooms, full of the original 19th century machinery, you’ll see demonstrations of each step of the process. There’s an exhibition space of coins and medals spanning several centuries, including winners of ‘the most beautiful money in the world’—hecho en México!

No. 13, Apartado street (off Calle Argentina behind the Cathedral)

The requests must be sent to: vmerino@cmm.gob.mx 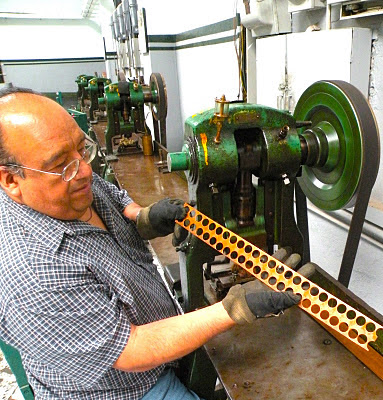