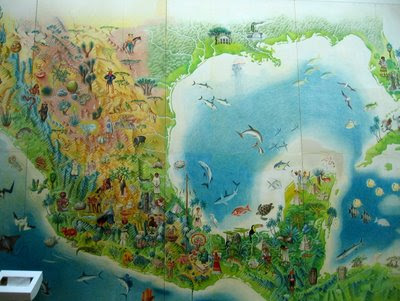 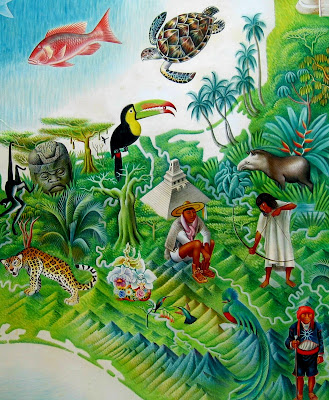 Click here to see more images of Covarrubias' work.
Posted by The Author at 9:29 AM No comments: 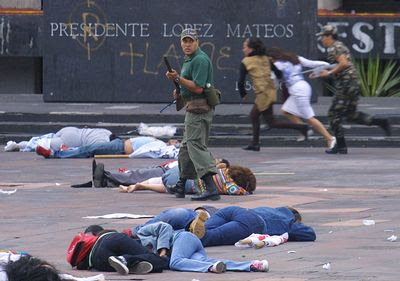 It's harder and harder to find a good conchero dancer these days around the Cathedral, but I found someone from another tribe the other day--meet Max (photo), who was hanging around out front.

Did you know that you can climb up to the roof of the Cathedral? Tours leave every 20 minutes or so--look for the ticket booth with the word CAMPANARIO (bell tower) near the main door--it costs 12 pesos.
Posted by The Author at 11:31 PM No comments: 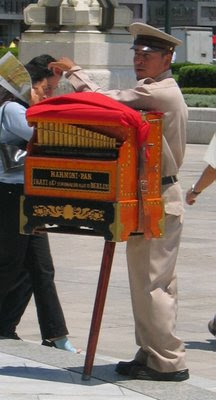 (A note about youtube: if you find the video stops & starts a lot, click pause and wait until the little arrow reaches the end, then play it.)
Posted by The Author at 11:14 PM No comments: