Fans of Mexican architecture will surely be familiar with the name Luis Barragán, whose famous 'floating staircase' (photo below) has taken on iconic status in the world of design. 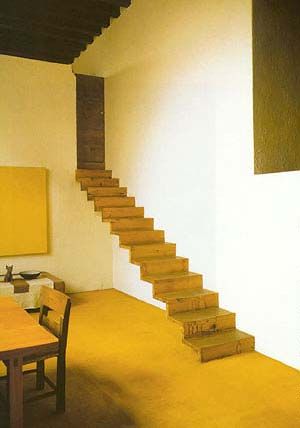 His home/studio is now a museum that can be visited by appointment:(http://www.casaluisbarragan.org/). It is definitely a highlight for any design-oriented visitor to Mexico City.

And I've written previously (click HERE) about the convent Barragán designed in Tlalapan, at the southern end of Mexico City, another sublime architectural experience.

Die-hard fans of this great architect will be please to find two of his early works right in the middle of Colonia Condesa. These somewhat unassuming small apartment buildings lack the saturated colors he later became famous for, but do offer a satifsying sense of geometry. They are located at Avenida Mexico 141 and 142, between Michoacán and Teotihuacán, facing Parque Mexico.
Google map link HERE. 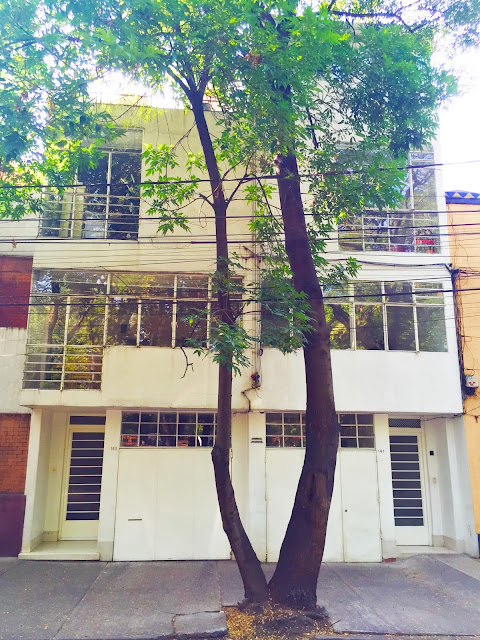 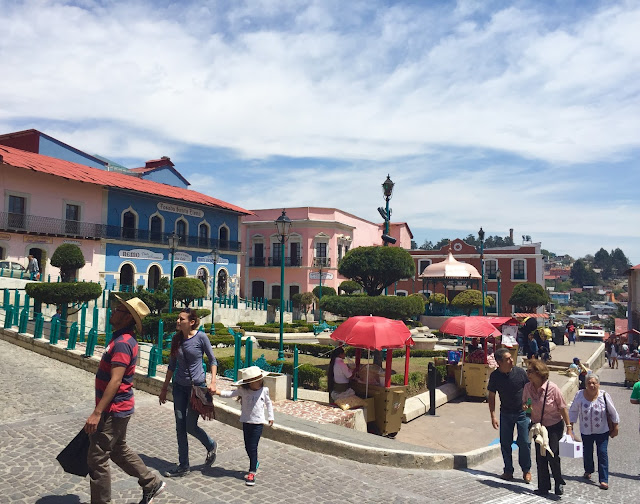 Many years ago when I lived in San Miguel de Allende, friends returned from a weekend visit to Real del Monte in the state of Hidalgo, claiming they were ready to move there. So it's been on my bucket list for a while, but I only managed to get there yesterday.

Leaving Mexico City via Insurgentes, you pass by some of its most depressing outskirts. When the urban sprawl finally gives way to open countryside, the landscape seems to be nature's response to what came before--flat, dry, barren.

With help from WAZE, we reached Real del Monte, left the car in a huge parking area lined with tourist buses, and climbed our way to the center of town. There are lots of twists and turns, stairways and narrow cobblestone streets in this hilltop town. It reminded me a bit of Taxco, with less jewelry.

The small centro histórico has several lovely plazas with colorfully painted buildings, most of which house restaurants, souvenir shops or other businesses catering to tourists. On the plaza in front of the attractive central market building is a tourist kiosk, where a rather grim young woman just shook her head 'no' when I asked if there was a map. Next to that several speakers broadcast music--a corrida which listed the charms of the town: "it's usually cold here (don't forget your sweater), there's often fog and snow, and it's the hometown of futbol." I'm sure there was another verse about the local delicacy pastes (like empanadas), which are on sale everywhere, but we didn't stick around long enough to hear it. 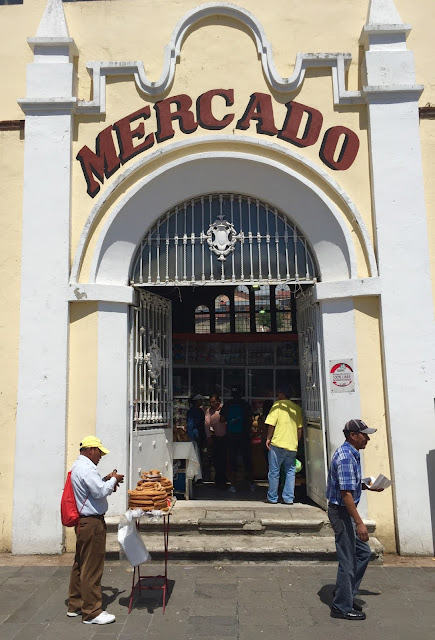 Heading to the main square, we passed by several 'living statues', a woman dressed as Frida, a diorama of miners at work, and more pastes. We looked into several restaurants hoping to find one without multiple TV screens broadcasting a futbol game, but without luck (we eventually ate barbacoa at one of the numerous stalls that line the road to Pachuca).

Real del Monte is one of Mexico's acclaimed Pueblos Magicos. The Pueblo Magico initiative, like UNESCO's World Heritage Site program, can be both a blessing and a curse. It likely provided the money to colorfully paint the town's buildings and keep the plants in the town's plazas carefully manicured, but it often attracts the kind of development that can turn a town into a Disney-like version of Mexico (have you been to San Miguel lately?). 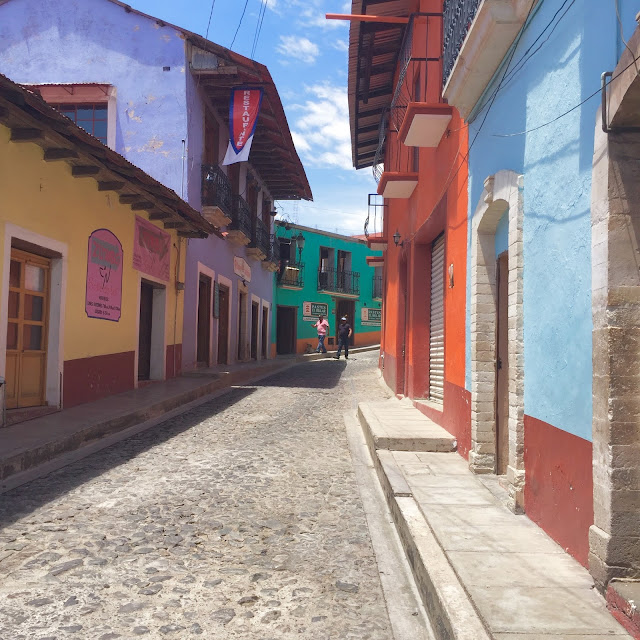 We went on a Sunday, so the tourism factor was in full display, although as the photos indicate, if you point the camera in the right direction you can still capture the charm of the place. Perhaps during the week, it would be more evident, but I don't plan to go back to find out. I've never regretted visiting any place--I'm happy to fill in the map of the world no matter what I find--so my visit to Real del Monte was not in vain. But I think my final verdict would be: been there, done that.