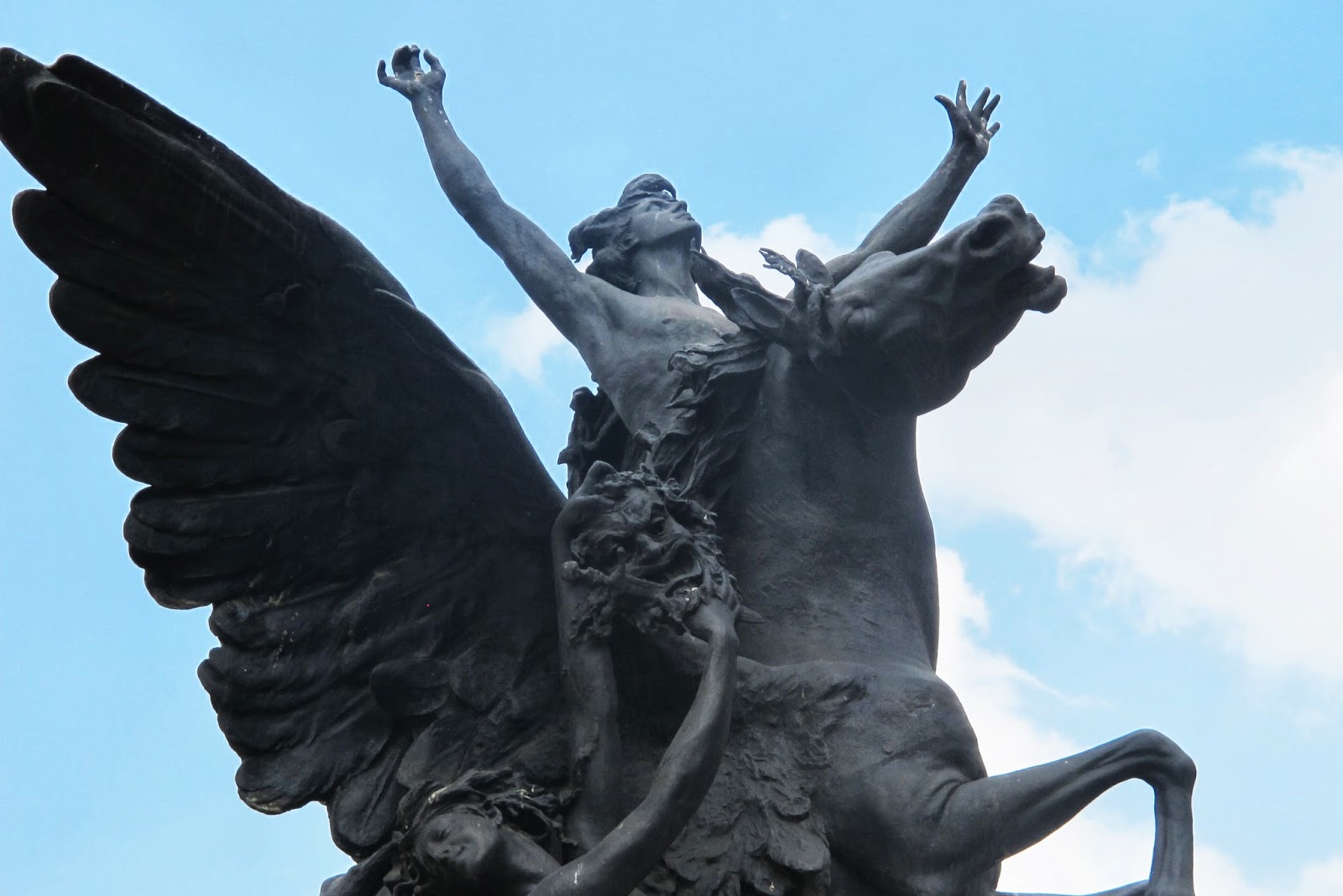 Although I've been to the Palacio de Bellas Artes hundreds of times over the past 17 years, it wasn't until recently that I actually paid attention to the magnificent bronze sculptures that adorn its front plaza. It pays to arrive early.

The four statues are known as 'Los Pegasos'. Each represents two human figures, male and female (the spirits of drama and music) being carried aloft to Mount Parnassus by Pegasus, the flying horse of Greek mythology. 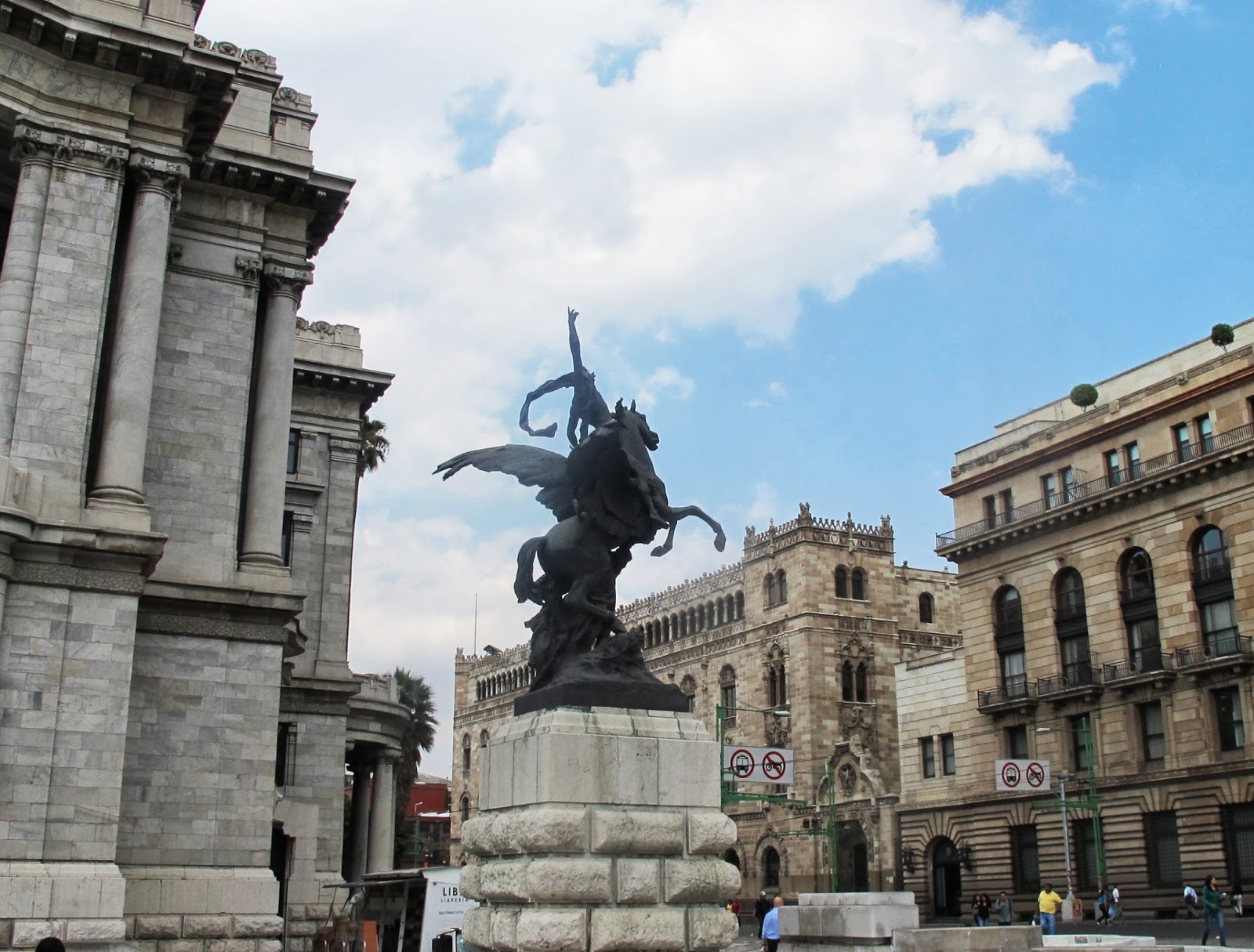 'Los Pegasos' are the work of Catalan sculptor Agustín Querol. Finished in 1912, the sculptures were intended to be placed inside the theater, but I guess they were found too distracting, and ended up outside. 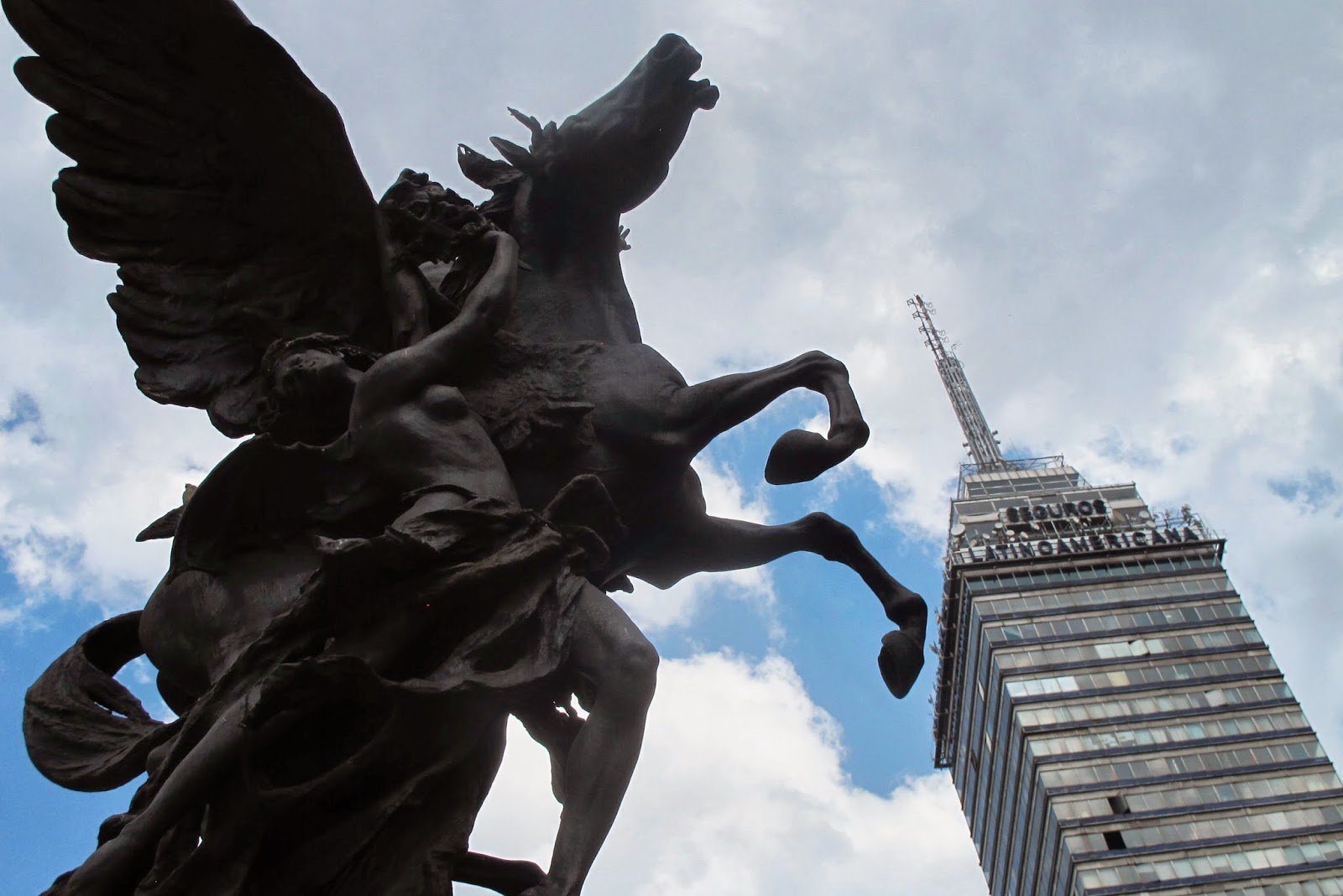 These bronzes express an exalted sense of exuberance that is hard to resist. Next time you're at the Palacio de Bellas Artes, take a ride. 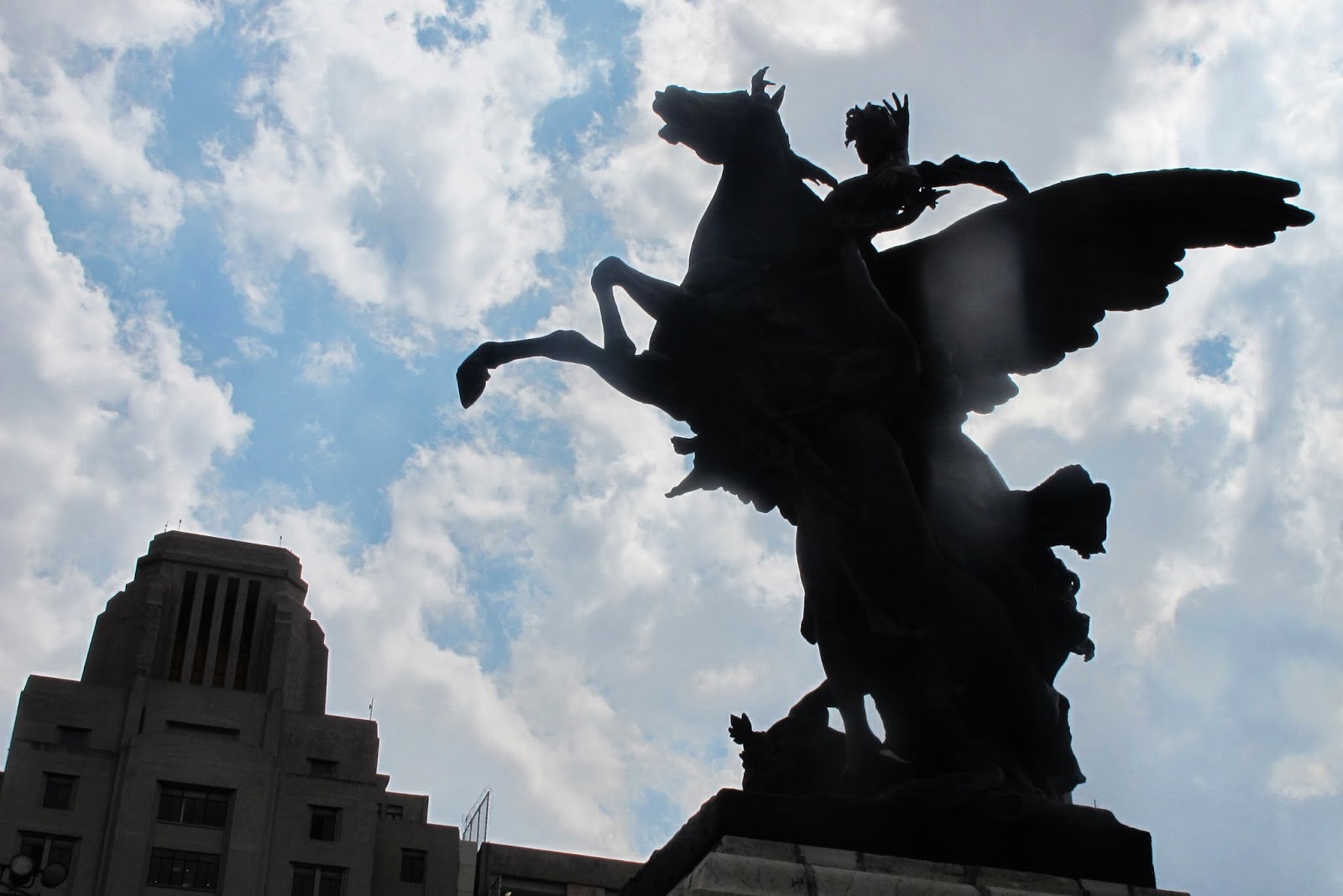