THE DOCTOR AND HIS VOLCANOS: Dr. Atl in Tlatelolco 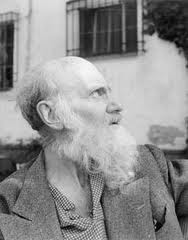 The first time I saw a painting of Dr. Atl was at the Metropolitan Museum of Art in New York when they mounted their massive show of Mexican art in 1990. The large canvas depicted an erupting volcano in brilliant, almost lurid, colors.

Over the years I've seen a few of his paintings in museums here and they all exhibit his flair for iconic images of nature (mostly volcanoes), his use of intense colors (he invented his own paints, a mix of pastel and oil, which he called 'Atl color'), lively brush technique, and an almost surreal use of perspective.

A show of more than 200 of his works (paintings and drawings) is currently on display at the Centro Cultural Universitario Tlatelolco here in Mexico City. It's one of the best painting shows I've seen here in years--don't miss it. 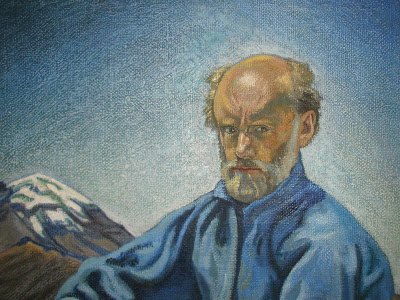 José Gerardo Murillo was born in Mexico to Spanish immigrants in 1875. He travelled to Europe and was influenced by Impressionist painters and others there. One early portrait in the show could be by Degas, and he surely saw the pointillist works of Suerat and his followers. At age 36, after a traumatic sea voyage, he changed his name to Dr. Atl (Atl is the Nahuatl word for water). He continued to paint, travel the world, write literature, became involved in leftist politics--at one point plotting to assasinate Mexican president Huerta. He conducted a famously scandalous love affair with artist/muse Carmen Mondragón (to whom he gave the Nahuatl name 'Nahui Olin' which she kept for the rest of her life). 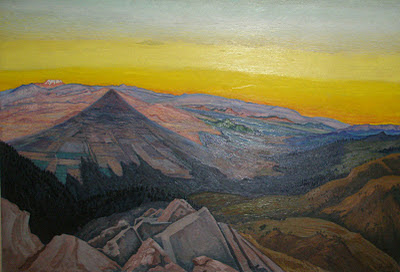 Most of the paintings in the current show display his passion for volcanos. He concentrated on those in the Valley of Mexico and Paracutín, the volcano which suddenly erupted in a cornfield in Michoacán in 1943. He spent much time out of doors where he made elaborate studies, in both visual and literary forms. Spending so much time in the fumes and gases eventually led to health problems that resulted in his leg being amputated. He died in 1964 at age 89.

The museum complex at Tlatelolco also includes an exhibition on the 1968 student masacre on the site as well as two new collections of pre-Hispanic art.
Click HERE to see Lynda Martinez del Campo's excellent blog about the museum. 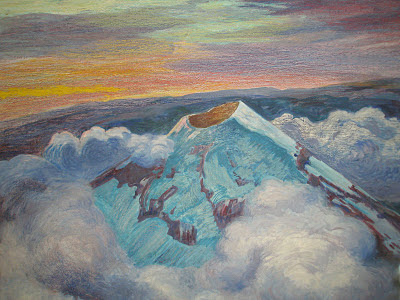 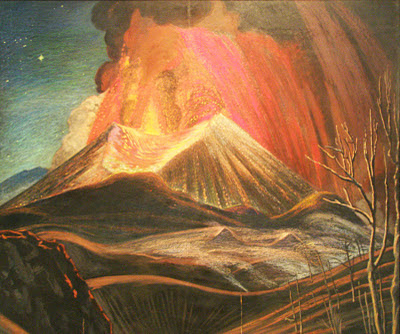 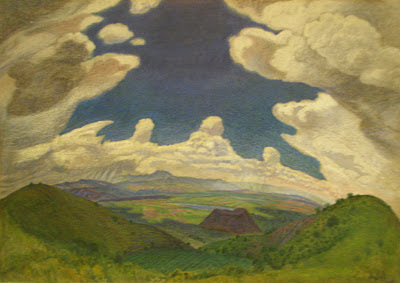 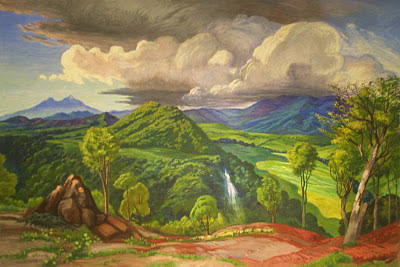 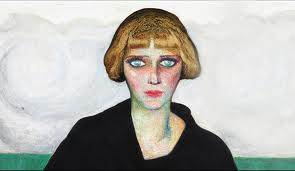 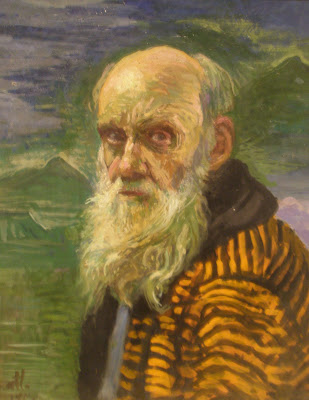 Centro Cultural Universitario Tlatelolco
Ave. Ricardo Flores Magón N. 1
across from the Plaza de las Tres Culturas – “Square of the Three Cultures”
Col. Nonoalco-Tlatelolco
Cost is only $20.00 pesos
How to get there

Ver mapa más grande
Thanks to Jesus Chairez for some of this information.
Posted by The Author at 12:00 PM

What a great post dahhling! I so enjoy reading about mexican artist oned does not so readily remember (like Rivera) & seeing some of these images..