A CIVIL RESPONSE TO VIOLENCE 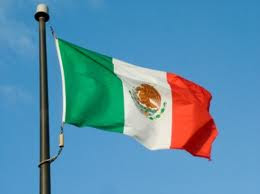 Emiliano Salinas, son of former president Carlos Salinas de Gortari, speaks about problems facing the country and what it means to be Mexican today.
Click on the link below:
http://www.ted.com/talks/emiliano_salinas_a_civil_response_to_violence.html
Posted by The Author at 1:44 PM

Salinas’s comments here are at best disingenuous and reflect that, while he may carry a Mexican passport, he has little idea how his country functions (or, perhaps more aptly, dysfunctions). There are so many misconceptions in his speech that I am a little overwhelmed by the task of refuting them, so I will only focus on two or three of his most important points.
He says that the response of many Mexicans to the overwhelming violence in many parts of the country is stay at home in fear. With over forty thousand dead in the last five years – and those are only the official figures – as a consequence of violent crime, many would agree that cowering in fear is a reasonable response. Particularly when there are no organs of the government that are protecting them from the violence.
Salinas suggests that Mexican citizens should take non-violent civil actions to “take back” their society from the drug traffickers and other assorted gangsters. (He doesn't mention the politicians, police and army that seem to be, at best, unable to protect society from the violence, and at worst, foster the violence for their own financial gain.) Yet he only mentions one instance of this sort of civil protest, which resulted in the murder of a family member of the organizers. That murder does not bode well for the “thousand Gandhis” he’d like to see organizing all over the country. Shall they invite a thousand more murders?
Strangely, Salinas does not mention poet Javier Sicilia, whose son was murdered last March and who, as a consequence, has founded the National Movement for Peace, which has had marches and manifestations all over the country in the last few months. As commendable as Sicilia’s actions are, they have not spurred the government to reconsider its official position justifying all those deaths due to its supposed “war on drugs.” The movement of this one Gandhi may have raised consciousness of some people, but it has not changed or stopped the continuing violence in the country.
The most offensive part of Salinas’s speech is early on, when he blames Mexicans for their problems because, according to him, they “think like victims.” Sad to say, most Mexicans are indeed victims – victims of scandalous governments, in which politicians enrich themselves legally (by whopping salaries, higher than those of their counterparts in the U.S. and Europe) as well as illicitly, manipulating the public trough and making corrupt business deals. Meanwhile, the minimum wage in Mexico is about $4 a day.
It would be unfair to blame the sons for the sins of their fathers. Still, there is something particularly distasteful about this speech, because it comes from the mouth of a man whose father is generally acknowledged to have stolen the 1988 presidential elections – as well as billions of dollars while he was in office.

I wonder why Salinas didn't mention the recent marches organized by the father of the young man murdered in Cuernavaca instead of giving dated examples.

Jim, I was going to write to you about this posting but then read David Lida's blog this morning which identifies critical problems with Salinas presentation content: http://davidlida.com/?p=1743 Salinas is a charismatic character, affiliated with a man named Raniere who founded a group called Rational Inquiry. To learn more about some troubles of his organization, read here: http://www.rickross.com/reference/esp/esp19.html
I went online and discovered that many believe that it is a cult. As one of my employees wrote, "His father stole the country, and now his son has returned to take the rest..." Many extranjeros are enchanted by his delivery, but I take my wisdom from my Mexican employees. Follow the money. Patrice Wynne, San Miguel de Allende